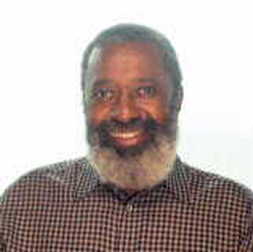 Donald Crews:
Donald Crews is an American author and illustrator who was born in Newark, New Jersey in 1938 and was raised in the greater New York City area. He is best known for writing children’s picture books which break away from the more cliche children’s literature. His feature books include Freight Train, Truck, School Bus, Flying, and Sail Away as well as Bigmama’s and Shortcut that feature more linear story lines than Crews’ other works. These two works were inspired by his visits to his grandparents’ country home in Cottondale, Florida that was in stark contrast to his big city home. Crews is also a two-time Caldecott award winner in which he won the honor in 1979 for Freight Train and again in 1980 for Truck.
Crews was encouraged as artist from a very young age by both his parents and his teachers, who could see his true talent for illustration. He would go on to graduate from Cooper Union for the Advancement of Science and Art in New York City in 1959, where he met his wife Ann Jonas. In 1963 he was drafted into the army and sent to Frankfort, Germany. It was in Germany that the couple’s first daughter Nina was born, while their second daughter Amy was born later in New York. Nina is also an award winning children’s author, citing her father as her inspiration. Donald and Ann currently reside in the Hudson River Valley in upstate New York, where they live in a renovated farmhouse that serves as a constant tribute to Crews’ grandparents and his fond memories of Cottondale, Florida.